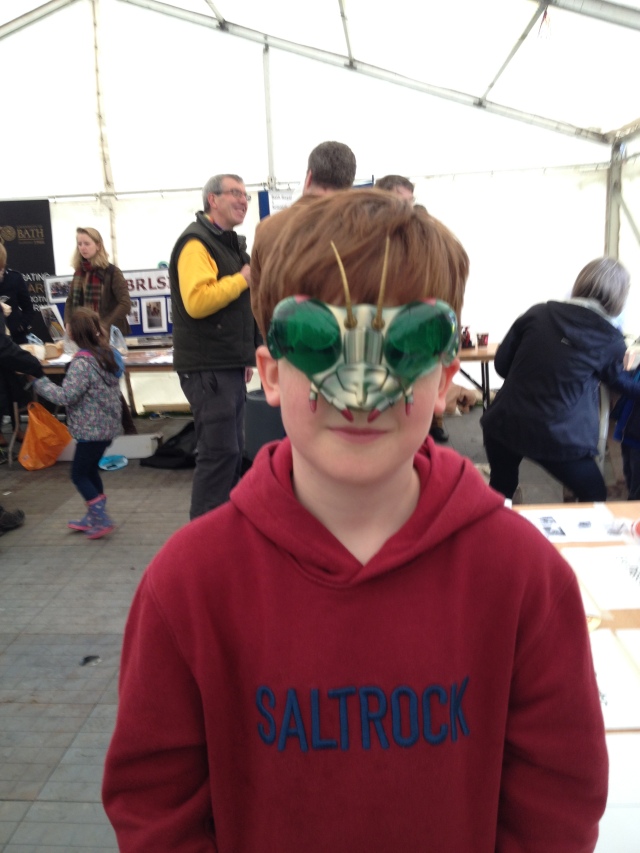 We’ve recently had his ears tested again and it turns out our younger son’s hearing is perfectly fine. It was his request to have the test, because he felt like he wasn’t catching everything that was being said in school.

What is both endearing and sometimes frustrating about our son is that he is a bit of a dreamer and often caught up in his own thoughts and so he misses things sometimes. The other day he said he thought that his nickname should be ‘alien’ because he is often on another planet.

So this is why it isn’t really surprising that he has got through 10 ½ years of life without knowing any swear words (although he has been curious about what they might be). Today on the way to school, Alien said, ‘I’ve heard some weird things at school and but don’t know if they are swear words.’

‘Go ahead and say them and I’ll tell you,’ I answered.

When I asked a bit more about who had said them and what the context was, Alien was worried that I was going to ring the school and complain or maybe change him to a different school.

That’s because, of course, there will probably be 10 year olds swearing in most schools on the planet. But it’s also because I believe we are all called, and 10 year olds too, to shine as a light in the world.

It’s normal for parents to worry that their kids will have friends who will be a bad influence.  But holiness works the other way. God’s joy, and compassion and peace are as infectious as a child’s belly laugh.

I admitted to Alien that I also find it hard to stay true to what I believe and who I am and not to always copy those around me and I was reminded of some words in the Bible. In fact I was thinking about them so much, that I even got my Greek and English New Testament off of the shelf. In this bit of the Bible, called ‘Romans’ the early Christians living in Rome are reminded that they are living on the cusp of a new era- and that everything about them, their minds, their hearts and their actions should reflect the new time and new reality and not the old one.

It’s a ‘farther in and higher up’ time (as in The Last Battle when the humans and animals leave behind the Shadowlands and discover a more real and more beautiful Narnia than they could have ever imagined). What God has for us is more well-pleasing and perfect and good than we could ever dream up. 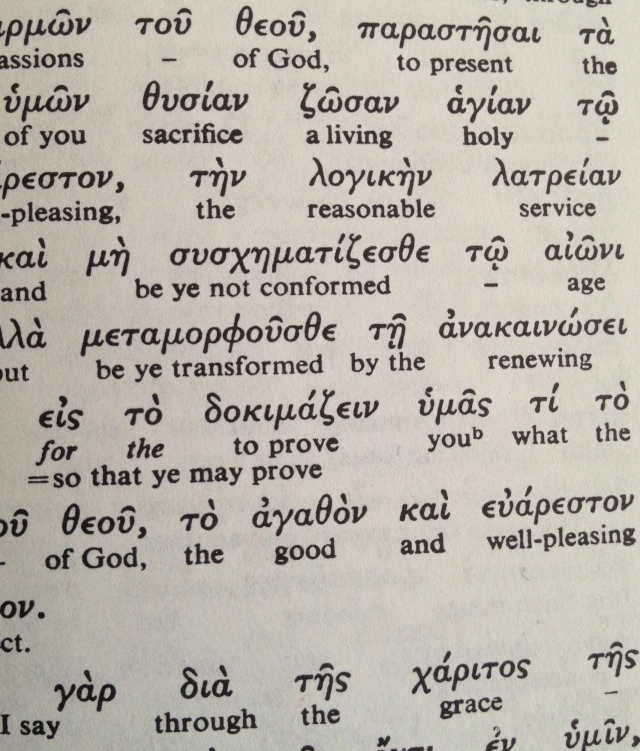