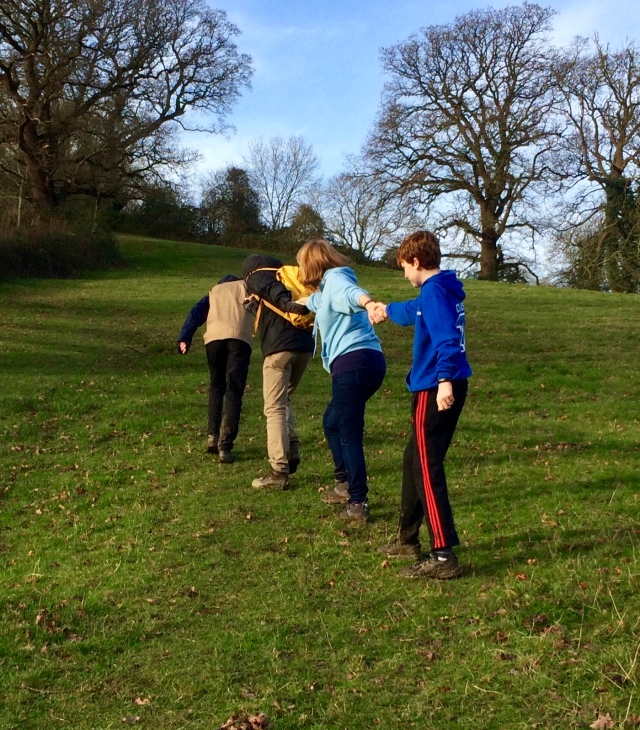 When we were first married, we once spent a day looking after our toddler godson. I remember a game that he invented that we seemed to play for hours; we’d take it in turns to shout ‘up and down!’ and then run from one end of the corridor to the other.  Each time we did it our toddler godson laughed with delight (so of course we kept on doing it)!

Recently a friend shared that in December he had been thinking about the fact that, despite what some carols might say, at Christmas, Jesus doesn’t ‘come down’, but instead emerges among us.  This small shift feels important to me, and not just for a particular time of year.…

I wonder how instinctively human it is to think that God is ‘up’ and that we are ‘down’?  You can find these ideas in the Bible but maybe not as much as we might think.  Perhaps medieval paintings have shaped our imaginations.

For example, there is no mention at all of angels being in the sky in the Christmas story – they emerge among people. When Jesus ‘rises’ from death, it isn’t to the sky, but to appear to his followers.  Likewise, when Jesus says goodbye to his friends after the resurrection, he is among them one minute and then he isn’t.

I hope I don’t sound like I’m getting obsessed with this idea (and I do realise that the Spirit descends on Jesus at his baptism – though, in the form of a dove, it might have been strange to appear in any other way).  It’s just that I think it matters that God chooses to be with us and is often found among us.

Remembering this will shape my prayer and might help me to notice God at work.  Not looking up, as if trying to spot an alien spaceship or waiting for an intervention. The Word made flesh among us.